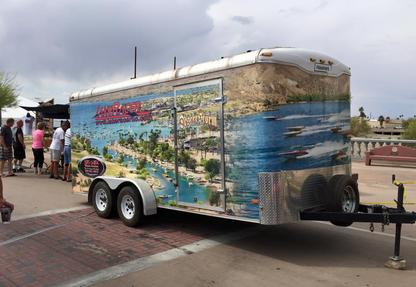 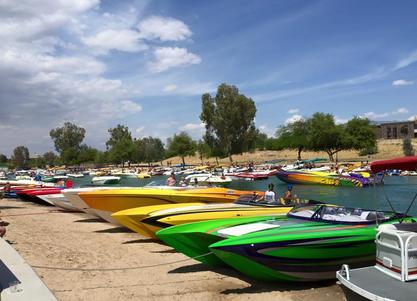 LakeRacer LLC has its roots in an organization that began in 1997 as the Southern Arizona Hot Boat Association, a group of boaters in Arizona who met online in a website started by Jim Nichols.  They enjoyed boating together in the Southwestern U.S. and attending regattas and other events.  In 1998, six families put together a list of ideas for better events and a new boat club, the Arizona Hot Boat Association, was formed. And a new event, the Heatwave Poker Run, was held at Lake Havasu’s Nautical Resort in the spring of 1999.  Ninety two boats came to the first event and had so much fun, we did it again six months later in October.  Within three years we had over 600 members.
As time passed and interests changed, most of the founders moved on to other activities and the old organization was shutdown.  The new LakeRacer LLC was opened in 2005 to produce the new Desert Storm Event which continued building on those great past events.  With a focus on charity fundraising, honoring our men and women in the US Military and promoting the performance boating lifestyle, we have grown our poker runs into nationally known, “must attend” events by performance boaters and industry insiders.